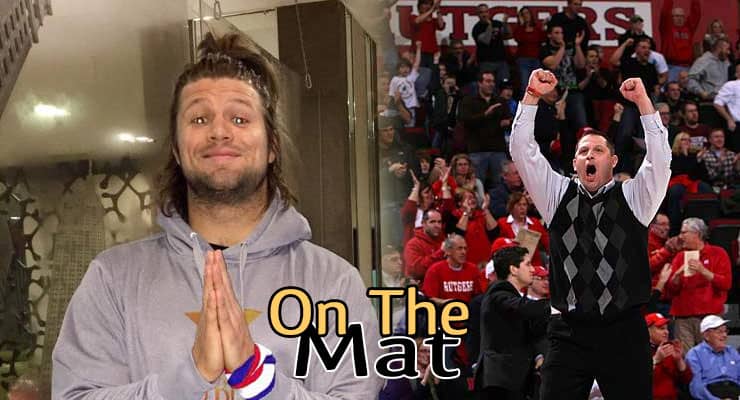 Jason Bryant, Jake Herbert, and Scott Goodale will go “On the Mat” this Wednesday, October 22.

Bryant is the editor of theopenmat.com. He also owns and operates Mat Talk Online.

Herbert was a World silver medalist in 2009 and a 2012 Olympian. He was also a two-time NCAA champion for Northwestern.

Goodale is the head wrestling coach at Rutgers. He has a 111-38-1 during his seven seasons as head coach.