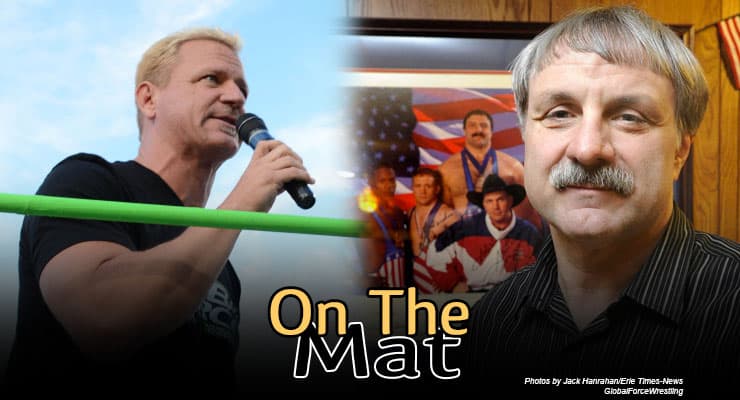 Jeff Jarrett and Bruce Baumgartner will go “On the Mat” is this Wed., Sept 2.