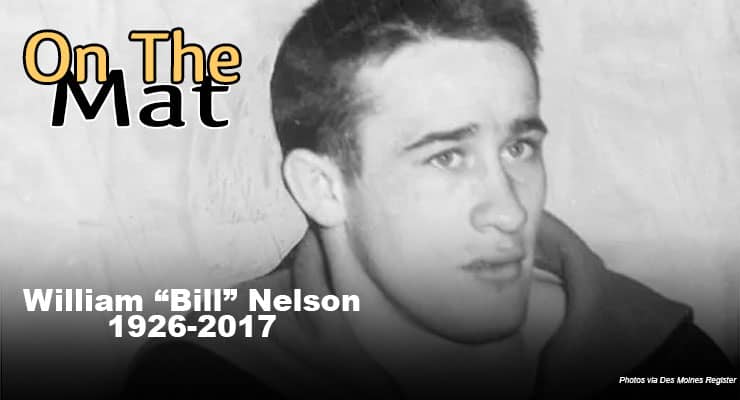 This week's edition of ‘On the Mat' will air on Wednesday, October 25 at 5 p.m. Central. The entire show is dedicated to the life and legacy of wrestling icon Bill Nelson who passed away on September 23, 2017.

Guests include:
· Bruce Nelson, Bill's youngest son.
· John Bardis, Assistant Secretary for Administration at the U.S. Department of Health and Human Services and a former wrestler at the University of Arizona when Nelson was the head wrestling coach.

· Bill Smith, 1952 Olympic gold medalist and a teammate with Nelson at Northern Iowa.