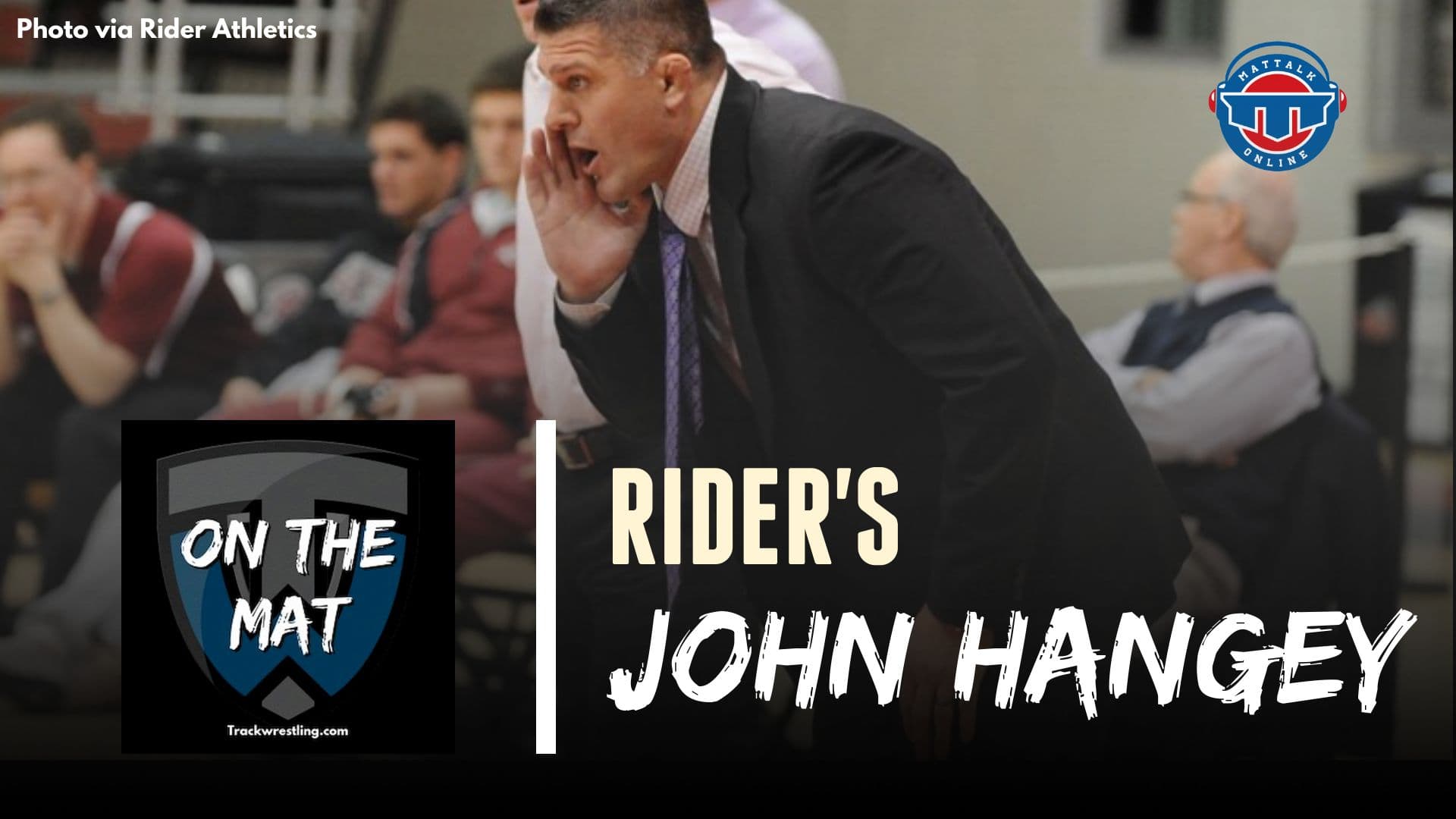 Wrestling in New Jersey at the college level has picked up with the rapid rise of Princeton and Rutgers, but prior to those programs getting the love, Rider University in Lawrenceville, New Jersey was putting All-Americans on the podium at the NCAA championships. After decades of Gary Taylor leading the way, John Hangey is piloting his alma mater. Already with a win over Minnesota this season, Rider is making sure the rest of the wrestling world knows they're not going anywhere. Join Kyle Klingman and Andy Hamilton as they talk wrestling from around the globe each week via Trackwrestling's flagship podcast, On The Mat.