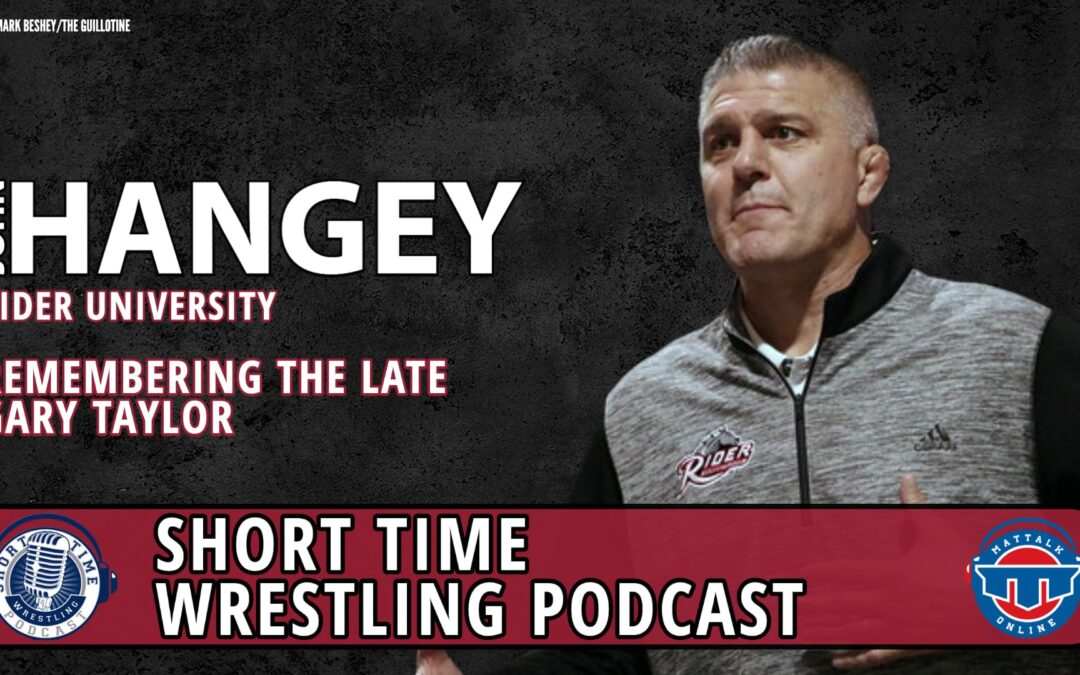 Longtime Rider wrestling coach Gary Taylor passed away last month. After 39 years at the helm, he handed the keys to the Rider program to his longtime assistant coach John Hangey. On today’s episode of the Short Time Wrestling Podcast, we’ll talk with John Hangey as he enters his sixth year as the head coach at Rider. He’ll touch on his career and how he ended up at Rider, how he came back to Rider after serving as the head coach at Bucknell in the late 90s and what legacy Coach Taylor will leave on this world and in the world of wrestling.

It’s notable as well that Rider wrestling received a half-million dollar donation from the Morrison family this week, laying the groundwork for a new wrestling practice facility, one that will bear Gary Taylor’s name. Five Morrisons have wrestled at Rider, including All-American Tim Morrison’s three sons – T.J., Rob and Clint.

Then we get to actual productive stuff, like the GearUP campaign I’ve joined on with in conjunction with Beat The Streets National. Check out how you can help outfit kids by going to https://www.mattalkonline.com/gearup

The World Cup is coming to Iowa City! Check out all the details for the Men’s and Women’s competition December 10-11, 2022 at UWWIowaCity.com