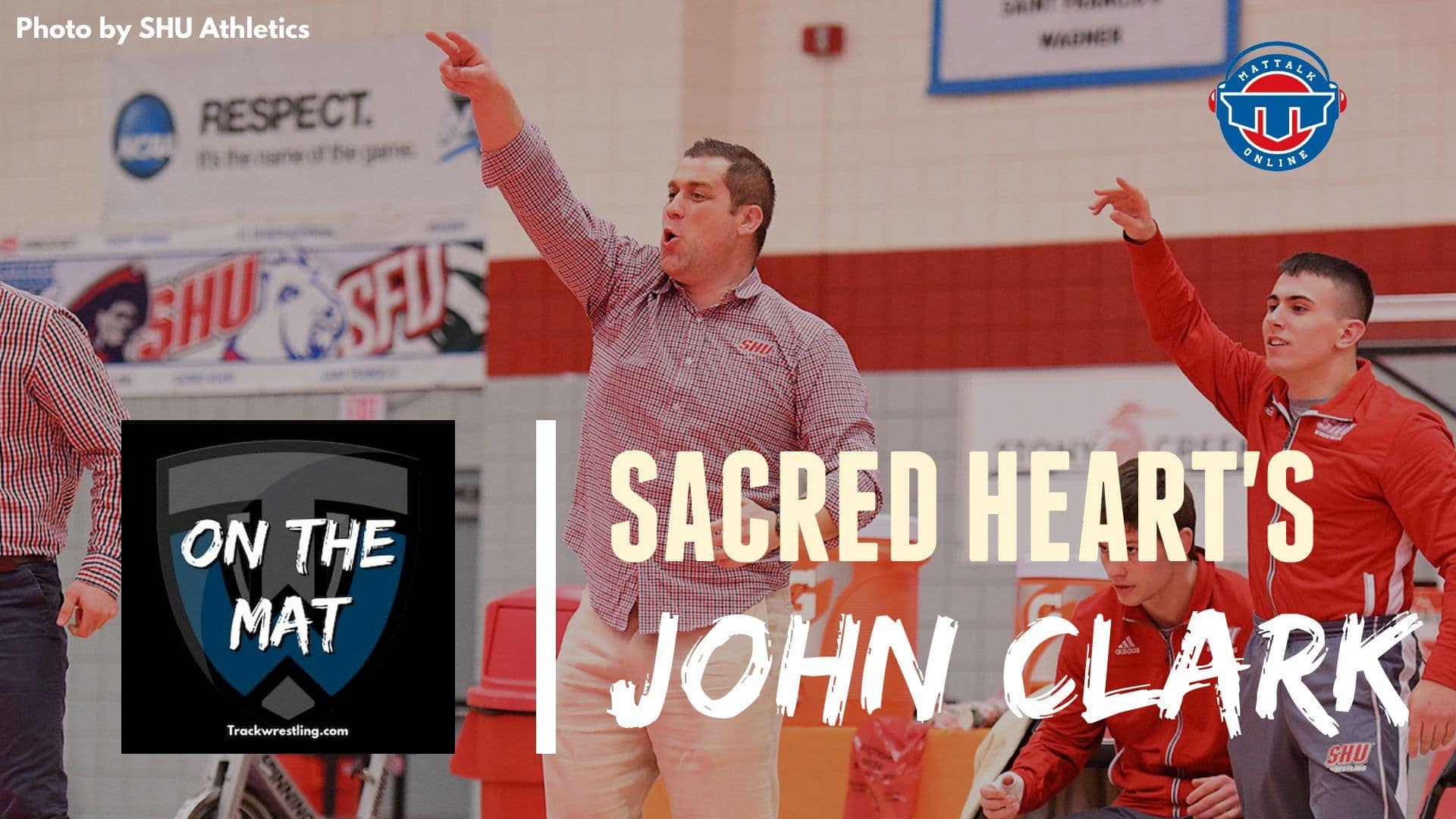 John Clark, an All-American at Ohio State and the current head wrestling coach at the nation’s only Division I Catholic school with wrestling, Sacred Heart University in Fairfield, Connecticut, joins the show. Join Andy Hamilton and Kyle Klingman as they talk to our guest and topics related to the recent happenings in and around wrestling.