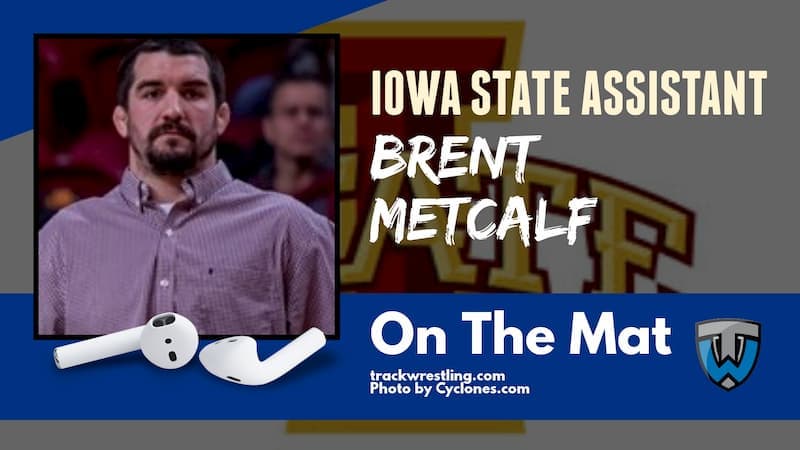 Current Iowa State assistant coach Brent Metcalf join On The Mat. Metcalf, a Michigan native, was a three-time All-American and two-time NCAA champion at Iowa. He made four of U.S. World teams in freestyle and just finished his second year on staff in Ames. Join Andy Hamilton and Kyle Klingman as they talk to our guest and topics related to the recent happenings in and around wrestling.
Show Segments
0:40 – Who are two people who have been in Andy's kitchen.
2:00 – Wrestling Jenga with Penn State and the rest of the contenders
11:00 – Touching on the guest, Brent Metcalf
15:00 – Great rivalries in college wrestling
19:00 – Barometer on how guys do at the next level
23:00 – Stalling
34:00 – Brent Metcalf Interview

SUPPORT THE SHOW
And if you're a fan of the extensive and broad-based reach of the shows on the Mat Talk Podcast Network, become a TEAM MEMBER today by going to www.patreon.com/mattalkonline. There are various levels of perks for the different levels of team membership. If you like wrestling content — scratch that — if you LOVE great wrestling content, consider becoming a team member. You'll get some cool stuff too.