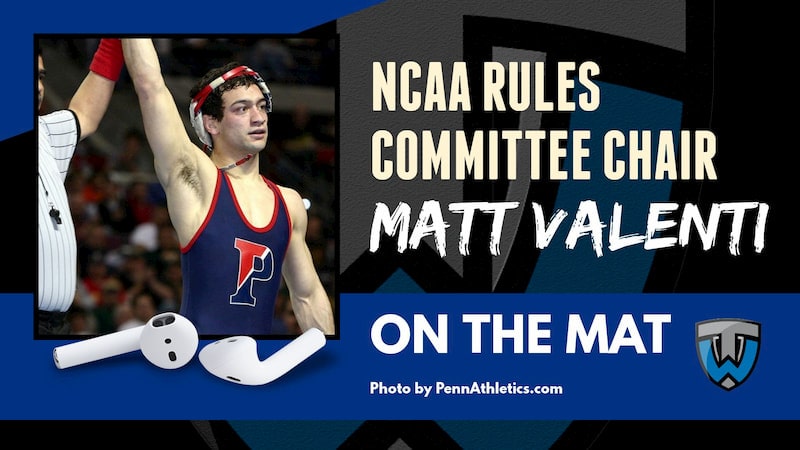 Matt Valenti, a two-time NCAA champion and the current Associate AD of Student Development at Penn joins On The Mat this week. In addition to his duties in athletic administration, Valenti is also the chair of the NCAA Wrestling Rules Committee. Join Andy Hamilton and Kyle Klingman as they talk to our guest and topics related to the recent happenings in and around wrestling.

SUPPORT THE SHOW
And if you're a fan of the extensive and broad-based reach of the shows on the Mat Talk Podcast Network, become a TEAM MEMBER today by going to www.patreon.com/mattalkonline. There are various levels of perks for the different levels of team membership. If you like wrestling content — scratch that — if you LOVE great wrestling content, consider becoming a team member. You'll get some cool stuff too.