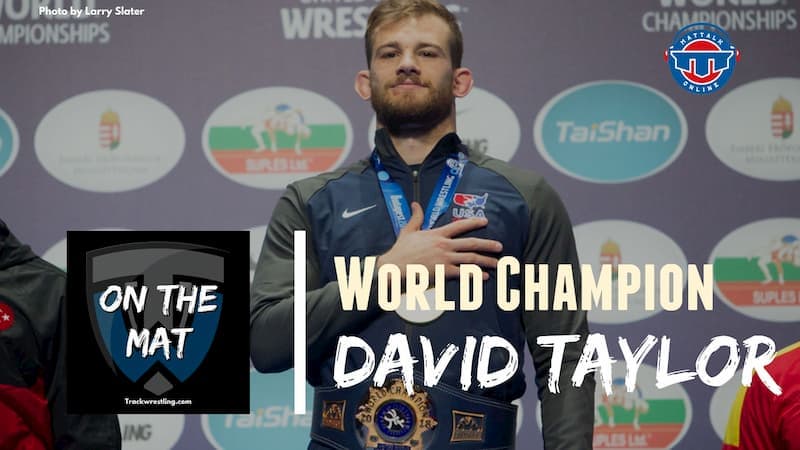 World Champion David Taylor goes On The Mat
After a year away from the mat due to an injury sustained in 2019, two-time NCAA champion and 2018 World Champion David Taylor is ready for competition. The Penn State alum talks about the Pan Am Olympic qualifier and more this week. Join Andy Hamilton and Kyle Klingman as they talk to our guest and topics related to the recent happenings in and around wrestling.

7in7 NCAA Kickoff Party
We’d like to let our listeners know about an NCAA Kickoff Party called “7 in 7” that will be co-hosted by Trackwrestling and JROB Intensive Wrestling Camps on Wednesday, March 18 at The Barn at Cowboy Jack's in Downtown Minneapolis. Emceed by Big Ten Network commentator Shane Sparks, the event will feature 7-minute interviews with 7 high-profile guests from the wrestling community. Dan Gable, Vikings head coach Mike Zimmer, Sally Roberts and more are on the docket. Tickets are $15, and proceeds from the event will be donated to TakeDown Cancer. A limited number of tickets are available, so visit 7in7party.com soon to reserve your spot.