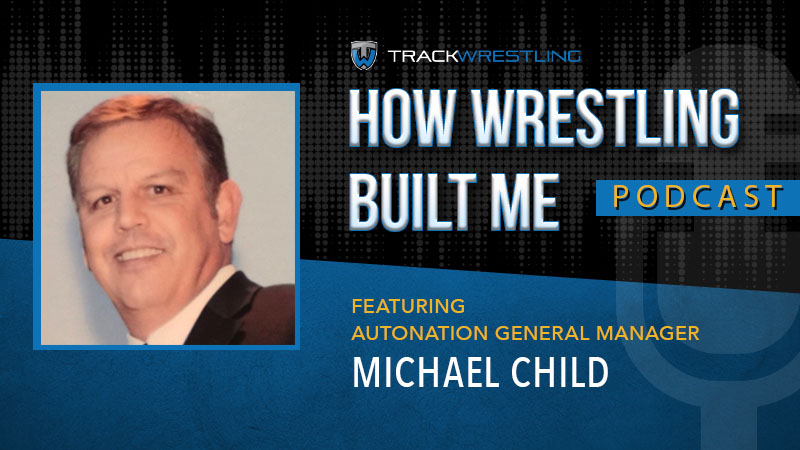 Michael Child of Houston, Texas, was part of the state championship wrestling team at Midwest City High School in Midwest City, Oklahoma, before returning as an assistant coach at his alma mater for nearly 10 years. He lettered in football and wrestling at Colorado State University where he was a two-time Academic All-American. Child's competitive wrestling career ended when he donated a kidney to his younger brother, Mark. He worked in the automotive retail industry for more than 20 years where he has spent the last 15 years as a general manager with AutoNation, which is America's largest automotive retail industry with ove 300 sales and service locations in 17 state. Child has won AutoNation's President's Award a record nine times.

‘How Wrestling Built Me’ is a podcast about the influence of wrestling beyond the mat. These are the stories of how wrestling develops a person in a singulalrly unique way. The people interviewed are those who have taken the skills of wrestling and used them to be highly successful in another endeavor. Whether it is business, politics, military, entertainment, broadcasting, writing, academics, or another sport — ‘How Wrestling Built Me’ explores the universal qualities of wrestling that last a lifetime.