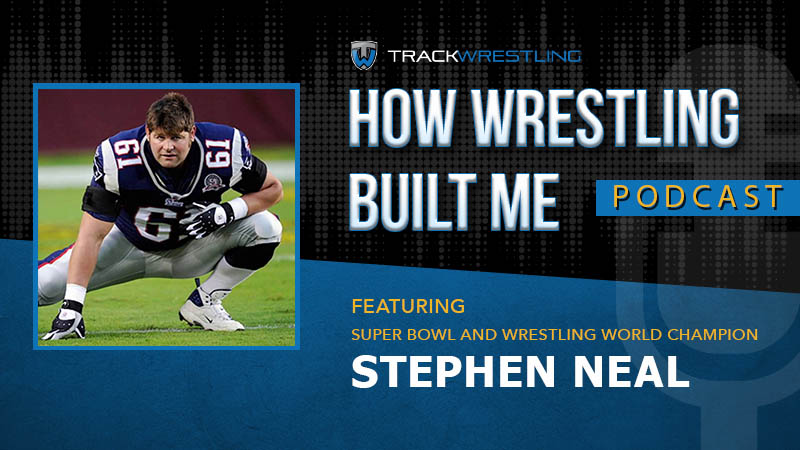 Who is the greatest two-sport athlete of all time? Stephen Neal's name should be near the top of the list.

Neal placed fourth in the 189-pound bracket at the 1994 California State Wrestling Championships. He attended California State-Bakersfield and placed fourth at the NCAA championships as a freshman in 1996, second in 1997, followed by NCAA titles at heavyweight in 1998 and 1999. His finals match against Minnesota's Brock Lesnar is among the most talked-about and historic matches in college wrestling history. Several months after winning his second NCAA championship, Neal won a freestyle World title and was named outstanding wrestler in the world. He placed second at the 2000 Olympic Trials and retired from active wrestling competition in 2001 after placing second at the World Team Trials.

What happened next defies logic. Although he didn't play a down of college football, Neal played 10 years in the NFL (2001-10) as an offensive lineman for the New England Patriots where he won three Super Bowl rings under legendary coach Bill Belichick.

How did Neal make it to the NFL without any college football experience? One reason. Stephen Neal was a wrestler.

‘How Wrestling Built Me’ is a podcast about the influence of wrestling beyond the mat. These are the stories of how wrestling develops a person in a singularly unique way. The people interviewed are those who have taken the skills of wrestling and used them to be highly successful in another endeavor. Whether it is business, politics, military, entertainment, broadcasting, writing, academics, or another sport — ‘How Wrestling Built Me’ explores the universal qualities of wrestling that last a lifetime.