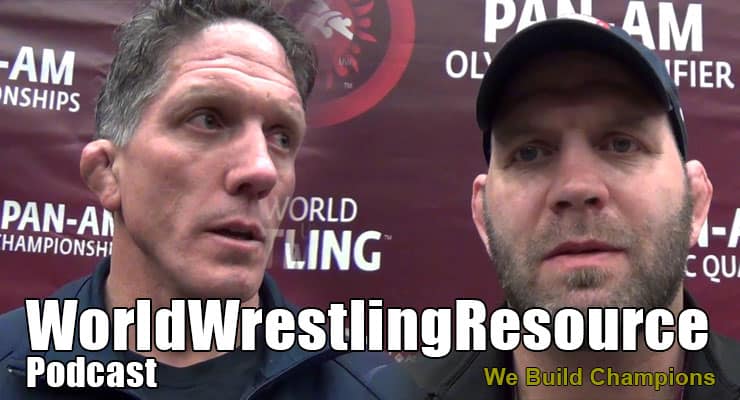 Episode 38 of the World Wrestling Resource Podcast features a pair of U.S. National Team coaches as Matt Lindland and Terry Steiner return to the show.

Coach Steiner was finishing up a practice in Colorado Springs as he readies Sarah Hildebrandt and Alli Ragan for the non-Olympic World Championships in Budapest on Dec. 10-11, while Lindland was already in Budapest, sticking around with his athletes after the Golden Grand Prix and getting them ready for the Greco Clubs Cup prior to the Worlds.

Both coaches will go back through points from Rio at the 2016 Olympics, talk about development of their respective styles including the college impact of having women's wrestling working towards NCAA emerging sports status as well as Lindland's take on Williams Baptist's announcement of a new Greco-Roman college program.

We'll also talk with both coaches about their scheduling change, moving their nationals to December and setting their World Team in April, breaking away from the same format the men's freestyle teams have been using.