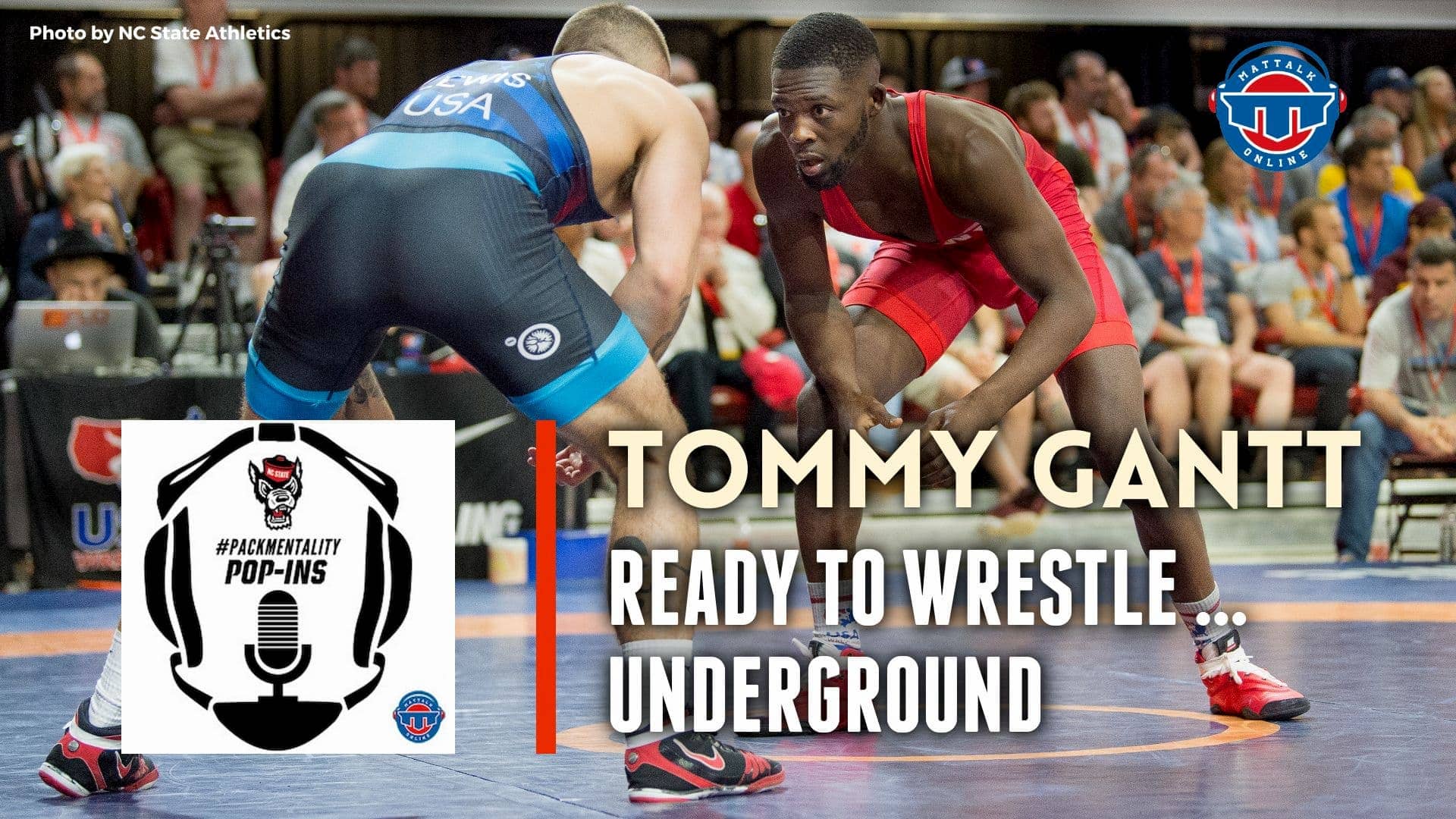 NC State alum Tommy Gantt comes on board for the latest edition of the #PackMentality Pop-Ins Podcast to talk about his upcoming match at Wrestling Underground, a pay-per-view promotion that will air this coming weekend on UFC Fight Pass and has the support of one of the most polarizing figures in sports, Chael Sonnen.

Gantt will face four-time All-American and past NCAA champion Mark Hall, a recent graduate of Penn State in one of the night’s premier bouts. Host Brian Reinhardt talks to Gantt about the whole process and more on a short, but always informational episode of the show.