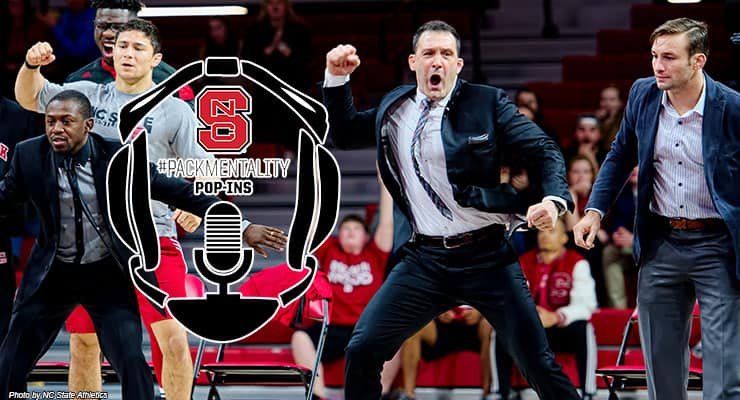 Episode 13 of the #PackMentality Pop-Ins Podcast host Brian Reinhardt tells the Wolfpack wrestling fans how much stuff we're going to pack into this powerful episode.

Pat Popolizio is back to talk about the record-setting home attendance in the Pack's win over rival North Carolina at Reynolds and we remind fans that not one, but TWO Top 10 teams will come into Raleigh this weekend, the last chance you get to see the Pack at home this year.

On Friday, NC State will host Virginia Tech in a battle of ACC unbeatens with the regular season championship in the conference on the line. On Sunday, No. 2 Ohio State comes to town with a loaded lineup and some major seeding implications with many of the matchups.