Finally, the Rock (Harrison) has returned to Raleigh along with super senior Thomas Bullard 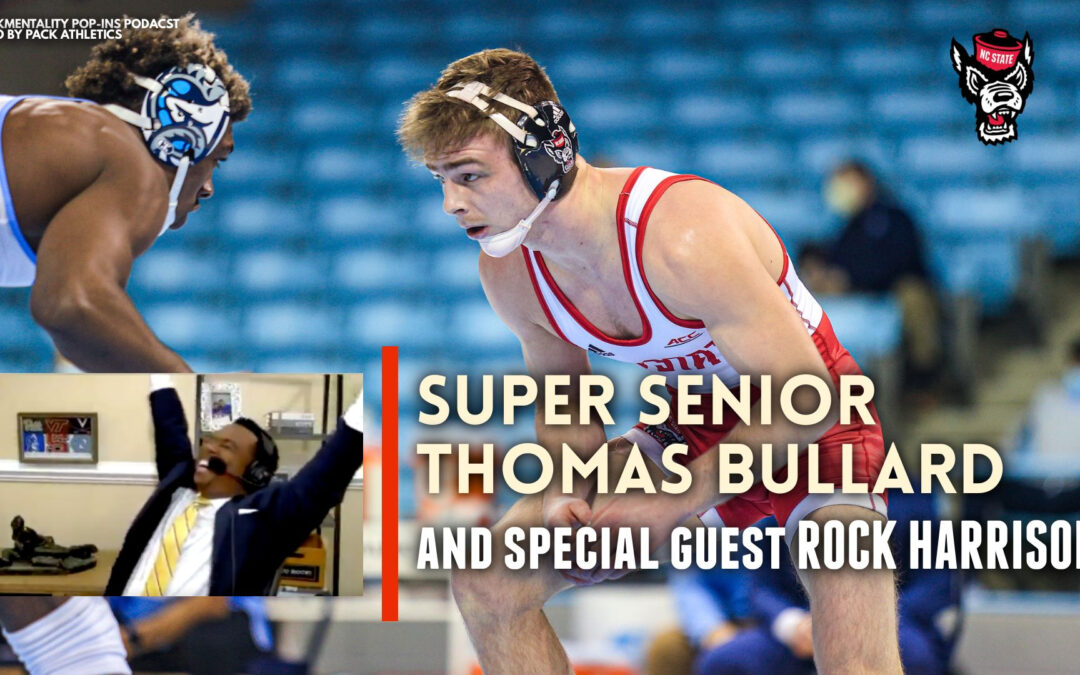 Host Brian Reinhardt returns for Episode 83 of the #PackMentality Pop-Ins Podcast with two guests, one new and one returning. To kick off the show, the Pack welcomes in-studio guest Rock Harrison, color commentator for the ACC Network's wrestling broadcasts. Harrison was a wrestler in the ACC at Virginia and was also a collegiate official and has been broadcasting for a number of years. Harrison's breakout to the college wrestling world came last season on the ACC Network when along with play-by-play commentator Shawn Kenney, Harrison's animated and emotional outbursts proclaiming his love for the sport and the late-match heroics, took the wrestling world by storm. Harrison is doing a campus tour of all the ACC schools prior to the season.

Thomas Bullard, one of the Pack's active wonder twins and super seniors, returns to the show to talk about his upcoming season and why he came back for another season in Raleigh.