Michael Boykin and Michael Macchiavello pop in for the podcast – NCS14 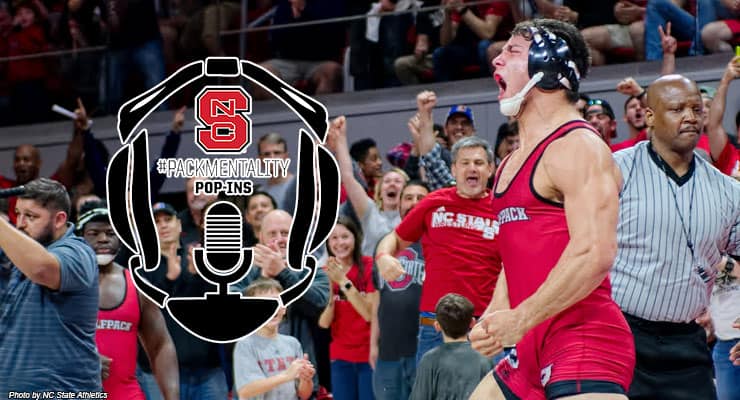 Boykin was the hero on Friday night as the Pack beat No. 8 Virginia Tech 19-15 to claim the ACC regular season championship, ending the Hokies three-year run at the top of the dual meet season.

That triumph was met by a home loss in front of nearly 4,000 fans at Reynolds Coliseum, but even in losing eight of 10 bouts, Macchiavello was the big winner, picking off All-American and top-ranked (by some rankings services) Kollin Moore at 197 pounds. Pack fans should also listen closely for a special promo code for listeners of the show to save $5 on the Mat Talk Online Division I Preview Guide.