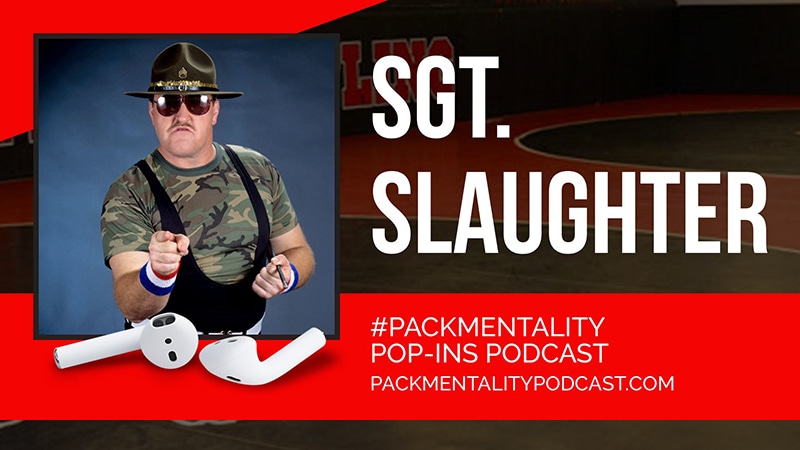 Episode 30 of the #PackMentality Pop-Ins Podcast talks with coach Pat Popolizio about Nick Gwiazdowski's bronze medal at the 2018 World Championships at 125kg. We'll also talk about this coming weekend's competitive information before getting into the featured interview of this episode.

Legendary professional wrestling figure Robert Remus, better known as Sgt. Slaughter, joins the show to talk about his background and how he's become a NC State wrestling fan after settling in North Carolina.