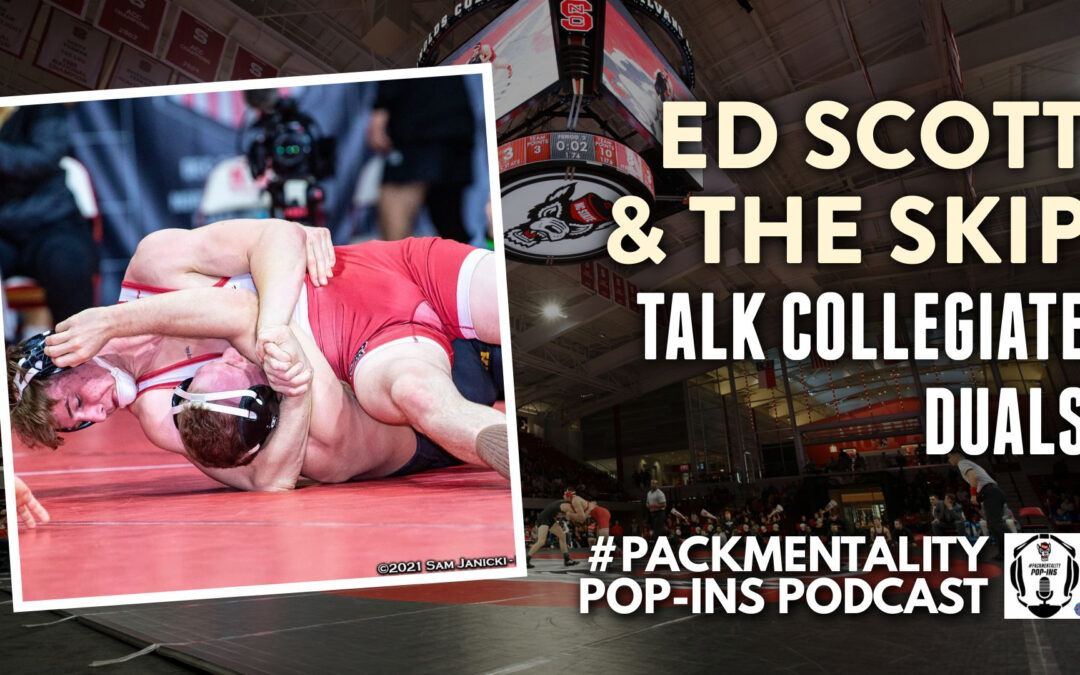 It's a new year but the season still rolls on as does the #PackMentality Pop-Ins Podcast with its 8th episode. Joining award winning host Brian Reinhardt is NC State head coach Pat Popolizio and recently named ACC Co-Wrestler of the Week Ed Scott.

Discussion will talk about the upcoming stretch of the season, but a lot of chatter about the recent Collegiate Duals in Florida which saw the Pack push top-ranked Iowa to the limit and Scott pick up a victory over Kaleb Young, courtesy of an absolutely ferocious headlock. All that and more on Episode 87.