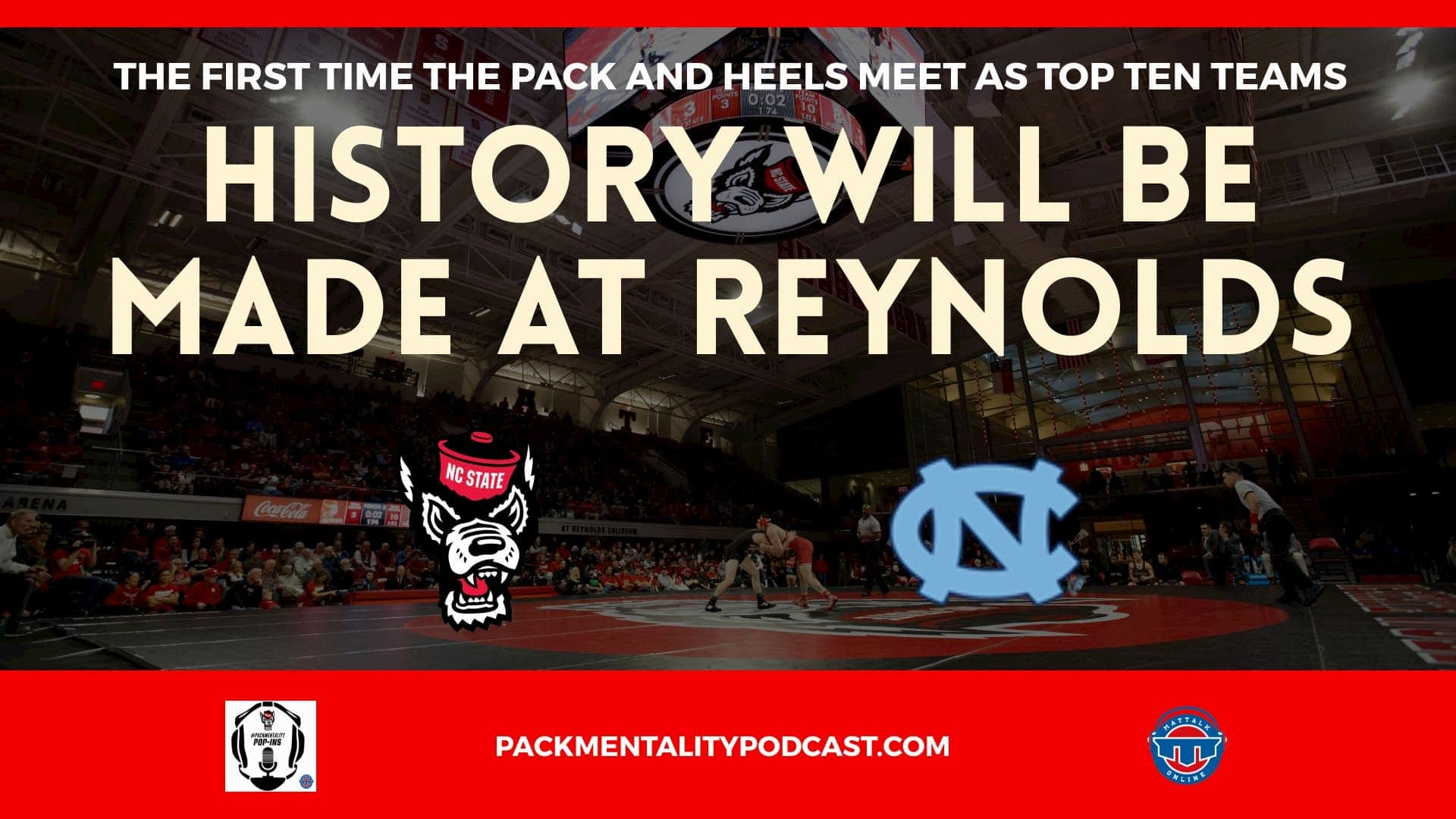 Episode 61 of the #PackMentality Pop-Ins Podcast is a weight-by-weight breakdown of the upcoming NC State vs. North Carolina dual set for Reynolds Coliseum on Friday, February 7 with host Brian Reinhardt and head wrestling coach Pat Popolizio.

In this storied all-sports rivalry, the two wrestling teams have been ranked in the Top 10 together just four times. Twice during the 1981-82 season and twice already this season, the Wolfpack and Tar Heels have come in ranked in the nation's Top 10 by the NWCA Division I Wrestling Coaches Poll. Friday will mark the first time in the series both teams will be ranked in the Top 10 at the time of the annual dual meet.