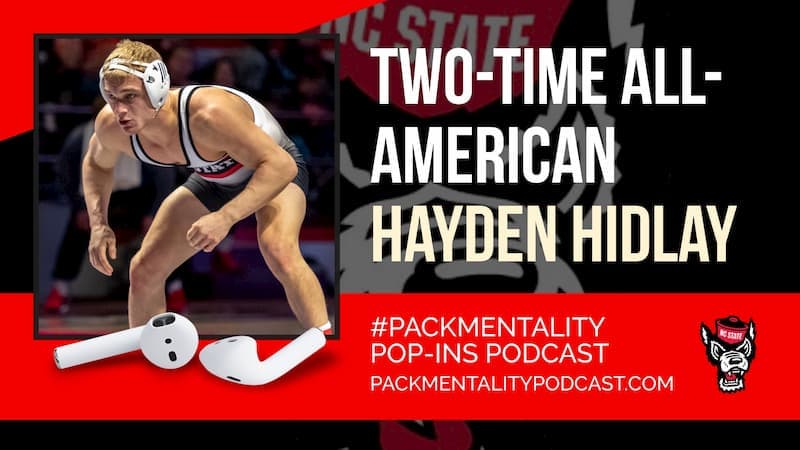 Episode 45 of the Pack Mentality Pop-Ins Podcast features two-time All-American Hayden Hidlay. The redshirt sophomore just completed his second season in the NC State wrestling lineup and finished fourth at the NCAA Division I Championships in his home state of Pennsylvania. This episode will talk about his season, the performance at NCAA's and what's next after a busy 2018-19 season.